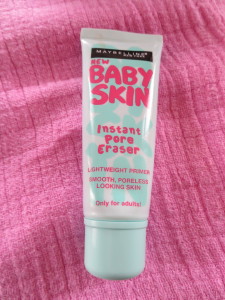 I’m a Mummy of three under 6 which does not leave a lot of time for messing about with make up.  However, as I get a little older (when did that happen?) and a lot more tired (night feeds) I know I look better with a little makeup help.

When I saw Maybelline’s new product in Boots I thought I would give it a go for two reasons.  The first, it was relatively inexpensive (especially as I used my Boots points) and secondly, I liked the idea of having the pores on and around my nose erased.

So did it work?

It did – to a certain extent.  It did not erase the appearance of my pores, but it certainly did reduce the appearance of them once I had my tinted moisturiser on.  (See photos below.)  I was actually surprised as I was slightly cynical about its claims.  I think you need to not skimp on the product application.  On my nose where I had applied it most generously is where the effects were most noticeable.

What did it do?

After applying I could feel the product laying on my skin.  It did not feel uncomfortable at all and was in no way greasy.  In fact it felt velvety soft.  (Baby Skin is a primer so I would expect it to form a barrier between skin and makeup). I have very dry skin and it did not exacerbate this at all.  It made my skin feel incredibly soft and smooth and went some way to disguising any dry skin.  I kept touching my face, it felt so nice.

My makeup also went on more smoothly and I noticed that I did get a longer wear time out of my tinted moisturiser.  As it is marketed as a primer I also used it on my eyelids and found my shadow was more vibrant and lasted longer.

How long did the effects last?

I applied Baby Skin to my face and did not put on any makeup so that I could see how long i could feel it on my skin.  I felt the product for about 20 minutes.  After that it seemed to be absorbed by my skin.  My skin still felt soft however.

I probably wouldn’t bother with it everyday as the effects were not ‘wow’ enough.  But if I had a special occasion I would probably use some to help with makeup longevity and also to give a pore blurring effect. 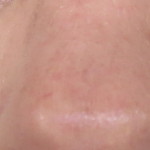 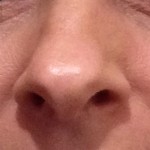