Our Perfect Italian Wedding – Getting Married In Puglia. 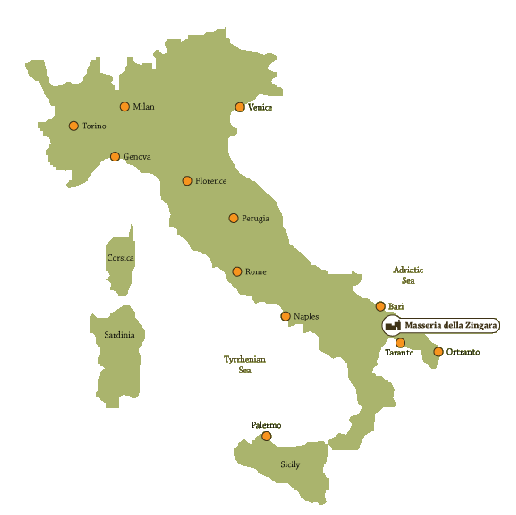 In August 2013 my husband and I had the most fabulous wedding in Puglia, Italy.  We heartily recommend this fabulous region for any other couples wanting an affordable yet fabulous authentic Italian experience.  The wonderful climate, fantastic food and wine and the friendliness of the people simply amazed us.

To help you decide if this could be an option for you I will give an overview of the wedding in this magical location.

When planning the event we wanted to have a wedding that was intrinsically Italian – to celebrate our wedding the way an Italian family would. This we achieved and more………

We knew the owners of the Masseria Della Zingara, which is located just outside Triggianello, near Castellana Grotte in Puglia.  So it was the natural choice of venue.  The beautiful masseria sleeps 19 which was the perfect solution for us and our closest family to stay.  In fact we hired the entire masseria for 2 weeks.  The rest of our guests stayed in the other local guest houses or in the nearby stunning costal town of Polignano a Mare.  We were able to utilise a local taxi company who used mini buses to ferry the guest back and forth for the celebrations.

Our wedding in Puglia, Italy at the Masseria Della Zingara

Our actual wedding (with 45 guests) lasted 3 fabulous days.  We had a pre-wedding dinner on the night before, a noon wedding on the actual day and a post wedding pool party the day after.  It was all magical.  I wish we could do it all again!  The entire two weeks, including all the wedding celebrations cost us the same as the average one day wedding in the UK.  Great value for money I think you would agree. 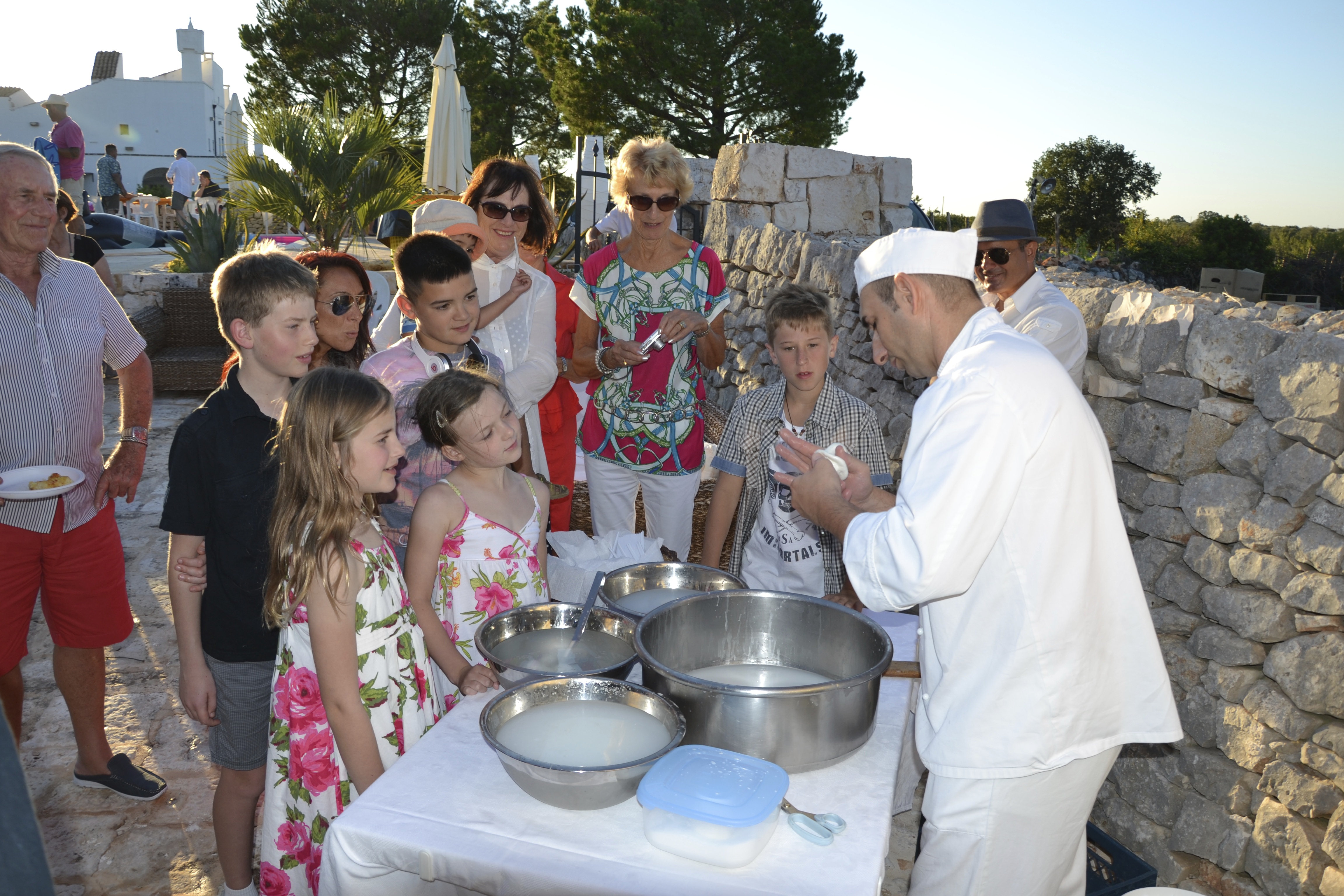 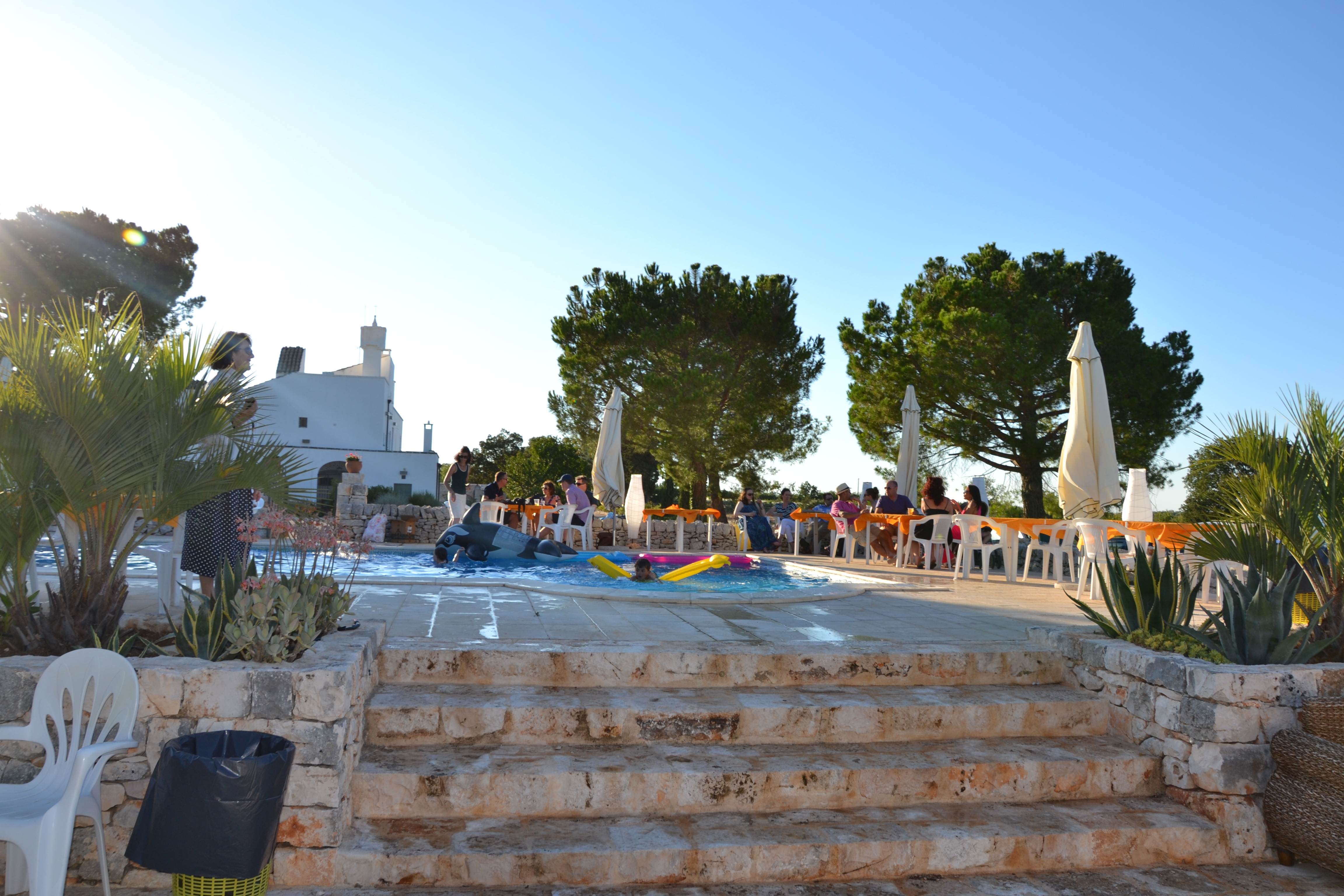 The civil service was held in the city commune in Castellana Grotte, 15 minutes drive from the Masseria.  We were extremely honoured to have the Mayor perform the ceremony.  All the guests were ferried back to the masseria for the celebrations while the mayor arranged for us newly weds to have some photos taken at the famous Castellana Grotto caves.  Magic! 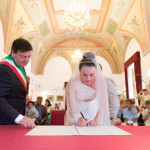 The Civil Ceremony at the Commune in Castella Grotte 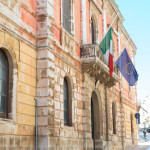 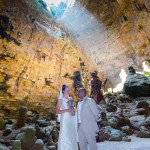 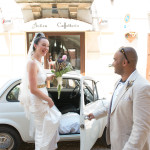 We then had the most incredible celebrations back at the masseria, a truly spectacular buffet reception and a blessing in the masseria’s chapel.  The most amazing authentic local musicians and dancers entertained our guests (and us of course) .  Our photographer (who I cannot recommend enough) whisked myself and my husband away to a local trulli to have some atmospheric photos taken – just brilliant.  Later, we were all up dancing the night away and it was so much fun.  And to finish the evening, fireworks!

I can truly recommend a Puglian wedding.

Remember to enjoy your day. 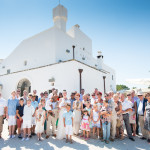 All the guests at the Masseria Della Zingara 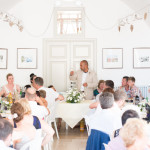 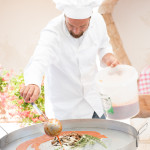 The chef works his magic 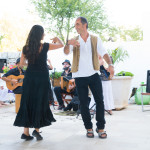 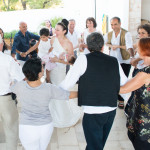 Much dancing by all! 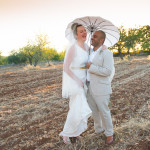 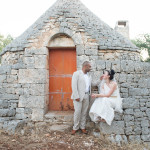 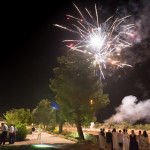 Marriage Isn’t For You

This is an absolutely fantastic post from Seth Adam Smith.  I don’t usually like to pull posts from other sources, but when one really touches me as this does I just want to spread the news about the author…….  Read it and let me know your thoughts…..

Having been married only a year and a half, I’ve recently come to the conclusion that marriage isn’t for me.

Now before you start making assumptions, keep reading. I met my wife in high school when we were 15 years old. We were friends for ten years until…until we decided no longer wanted to be just friends. 🙂 I strongly recommend that best friends fall in love. Good times will be had by all. Nevertheless, falling in love with my best friend did not prevent me from having certain fears and anxieties about getting married. The nearer Kim and I approached the decision to marry, the more I was filled with a paralyzing fear. Was I ready? Was I making the right choice? Was Kim the right person to marry? Would she make me happy? Then, one fateful night, I shared these thoughts and concerns with my dad. Perhaps each of us have moments in our lives when it feels like time slows down or the air becomes still and everything around us seems to draw in, marking that moment as one we will never forget. My dad giving his response to my concerns was such a moment for me. With a knowing smile he said, “Seth, you’re being totally selfish. So I’m going to make this really simple: marriage isn’t for you. You don’t marry to make yourself happy, you marry to make someone else happy. More than that, your marriage isn’t for yourself, you’re marrying for a family. Not just for the in-laws and all of that nonsense, but for your future children. Who do you want to help you raise them? Who do you want to influence them? Marriage isn’t for you. It’s not about you. Marriage is about the person you married.” It was in that very moment that I knew that Kim was the right person to marry. I realized that I wanted to make her happy; to see her smile every day, to make her laugh every day. I wanted to be a part of her family, and my family wanted her to be a part of ours. And thinking back on all the times I had seen her play with my nieces, I knew that she was the one with whom I wanted to build our own family. My father’s advice was both shocking and revelatory. It went against the grain of today’s “Walmart philosophy”, which is if it doesn’t make you happy, you can take it back and get a new one. No, a true marriage (and true love) is never about you. It’s about the person you love—their wants, their needs, their hopes, and their dreams. Selfishness demands, “What’s in it for me?”, while Love asks, “What can I give?” Some time ago, my wife showed me what it means to love selflessly. For many months, my heart had been hardening with a mixture of fear and resentment. Then, after the pressure had built up to where neither of us could stand it, emotions erupted. I was callous. I was selfish. But instead of matching my selfishness, Kim did something beyond wonderful—she showed an outpouring of love. Laying aside all of the pain and aguish I had caused her, she lovingly took me in her arms and soothed my soul.

Marriage is about family. I realized that I had forgotten my dad’s advice. While Kim’s side of the marriage had been to love me, my side of the marriage had become all about me. This awful realization brought me to tears, and I promised my wife that I would try to be better. To all who are reading this article—married, almost married, single, or even the sworn bachelor or bachelorette—I want you to know that marriage isn’t for you. No true relationship of love is for you. Love is about the person you love. And, paradoxically, the more you truly love that person, the more love you receive. And not just from your significant other, but from their friends and their family and thousands of others you never would have met had your love remained self-centered. Truly, love and marriage isn’t for you. It’s for others. This post originally appeared on ForwardWalking.com, a website dedicated to helping people move forward in life.