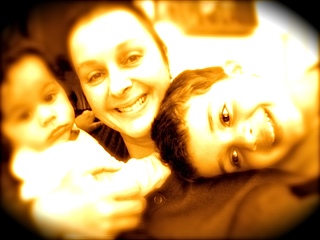 It’s a great reminder to us.  It is really easy to forget it is the simple things that ‘feed’ our kids most.  This is one top ten list I plan to put into action…. more often.

What do you think matters most to your children? You driving them to lessons and practices, or is it the smile and hug you greet them with after school? If you guessed the latter, you are correct.

Sixteen years of teaching and giving the same assignment every Mother’s Day has led me to the exact same conclusion. You see, every Mother’s Day I would ask my students to give me advice on being a mother. They were to think about things their mother or guardian did for or with them that made them feel happy or loved. The classroom would go silent as the students wrote intensely for longer than they had ever written before. Often smiles would appear on their faces as they reflected on the happy experiences they were remembering. After reading their responses I would add to my list all the ideas they mentioned. Surprisingly, many of the responses were the same. Year after year, in every country I taught, and in every type of demographic, the students were saying the same things and had the same message: It’s the small things that their mothers did that meant the most and that they remembered.

Many moms today feel as if they are not good mothers unless they are racing around, shuttling their children from lessons, to practices and back to lessons again. I’ve had mothers tell me that they want to give their children every opportunity they did not have. While this thinking might bring the mother some comfort, it really does not do the same for their child who is potentially feeling overextended, stressed and tired.

After speaking endlessly about this topic with my students, it became clear to me that children today are involved in too many activities and are in turn becoming less in touch with themselves and their families. In addition, my students told me they really wished for more time to “just play”. Of course many of them enjoy their extra curricular activities, but it is not necessary they said to be allowed to do everything. What they enjoyed most, and what made their hearts happiest was when their mothers did simple things for or with them.

Here is a list of the top ten things students around the world said they remembered and loved most about their mothers.

Children are incredibly wise and tend to see the world more simply than we do.

Perhaps it is time we start taking their advice. Maybe we would all feel a little less stressed and be satisfied with the fact that doing little things really is… good enough. 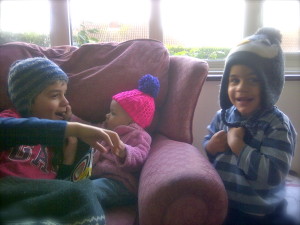 With every fibre and every bone in my body thank you for keeping them safe when I have dropped the ball.  Like the time Lucas was lost at the seaside.  Or when we were all up in the house and Lucas fell in the pool.  I thank you for Marc pulling him out.  I thank Marc again.  Thank god for you Marc.

Please don’t let the nightmares stop. They remind me to keep better watch.

And please (wink), can we win a bit of money on the Lotto?  Just enough to do the extension.  Nick would be so happy.

Because standing in the kitchen wearing my old tracksuit bottoms after 5 days of christmas eating brings this comment from him.

“Have you lost weight?  Those tracksuit pants look baggier.”

God damn, I know why I married this man. 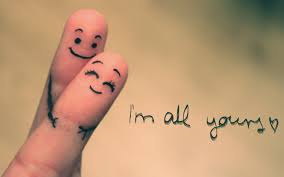 Don’t forget to enjoy your day 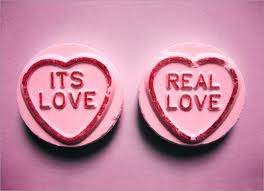 Dancing in the kitchen to the Counting Crows while cuddling my laughing babygirl close.

Marriage Isn’t For You

This is an absolutely fantastic post from Seth Adam Smith.  I don’t usually like to pull posts from other sources, but when one really touches me as this does I just want to spread the news about the author…….  Read it and let me know your thoughts…..

Having been married only a year and a half, I’ve recently come to the conclusion that marriage isn’t for me.

Now before you start making assumptions, keep reading. I met my wife in high school when we were 15 years old. We were friends for ten years until…until we decided no longer wanted to be just friends. 🙂 I strongly recommend that best friends fall in love. Good times will be had by all. Nevertheless, falling in love with my best friend did not prevent me from having certain fears and anxieties about getting married. The nearer Kim and I approached the decision to marry, the more I was filled with a paralyzing fear. Was I ready? Was I making the right choice? Was Kim the right person to marry? Would she make me happy? Then, one fateful night, I shared these thoughts and concerns with my dad. Perhaps each of us have moments in our lives when it feels like time slows down or the air becomes still and everything around us seems to draw in, marking that moment as one we will never forget. My dad giving his response to my concerns was such a moment for me. With a knowing smile he said, “Seth, you’re being totally selfish. So I’m going to make this really simple: marriage isn’t for you. You don’t marry to make yourself happy, you marry to make someone else happy. More than that, your marriage isn’t for yourself, you’re marrying for a family. Not just for the in-laws and all of that nonsense, but for your future children. Who do you want to help you raise them? Who do you want to influence them? Marriage isn’t for you. It’s not about you. Marriage is about the person you married.” It was in that very moment that I knew that Kim was the right person to marry. I realized that I wanted to make her happy; to see her smile every day, to make her laugh every day. I wanted to be a part of her family, and my family wanted her to be a part of ours. And thinking back on all the times I had seen her play with my nieces, I knew that she was the one with whom I wanted to build our own family. My father’s advice was both shocking and revelatory. It went against the grain of today’s “Walmart philosophy”, which is if it doesn’t make you happy, you can take it back and get a new one. No, a true marriage (and true love) is never about you. It’s about the person you love—their wants, their needs, their hopes, and their dreams. Selfishness demands, “What’s in it for me?”, while Love asks, “What can I give?” Some time ago, my wife showed me what it means to love selflessly. For many months, my heart had been hardening with a mixture of fear and resentment. Then, after the pressure had built up to where neither of us could stand it, emotions erupted. I was callous. I was selfish. But instead of matching my selfishness, Kim did something beyond wonderful—she showed an outpouring of love. Laying aside all of the pain and aguish I had caused her, she lovingly took me in her arms and soothed my soul.

Marriage is about family. I realized that I had forgotten my dad’s advice. While Kim’s side of the marriage had been to love me, my side of the marriage had become all about me. This awful realization brought me to tears, and I promised my wife that I would try to be better. To all who are reading this article—married, almost married, single, or even the sworn bachelor or bachelorette—I want you to know that marriage isn’t for you. No true relationship of love is for you. Love is about the person you love. And, paradoxically, the more you truly love that person, the more love you receive. And not just from your significant other, but from their friends and their family and thousands of others you never would have met had your love remained self-centered. Truly, love and marriage isn’t for you. It’s for others. This post originally appeared on ForwardWalking.com, a website dedicated to helping people move forward in life.