You MUST check out this page.  It’s soooooo funny.

The things we go through raising our children.

Here is a taster – but click here to see the rest – they are great.  Made my morning! 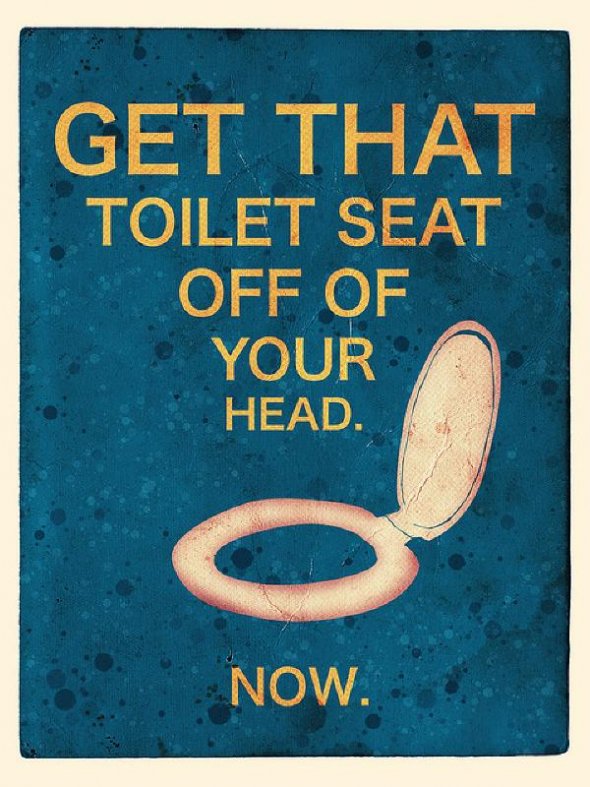 This is so funny. I bet the staff could not stop chuckling.
And so true! 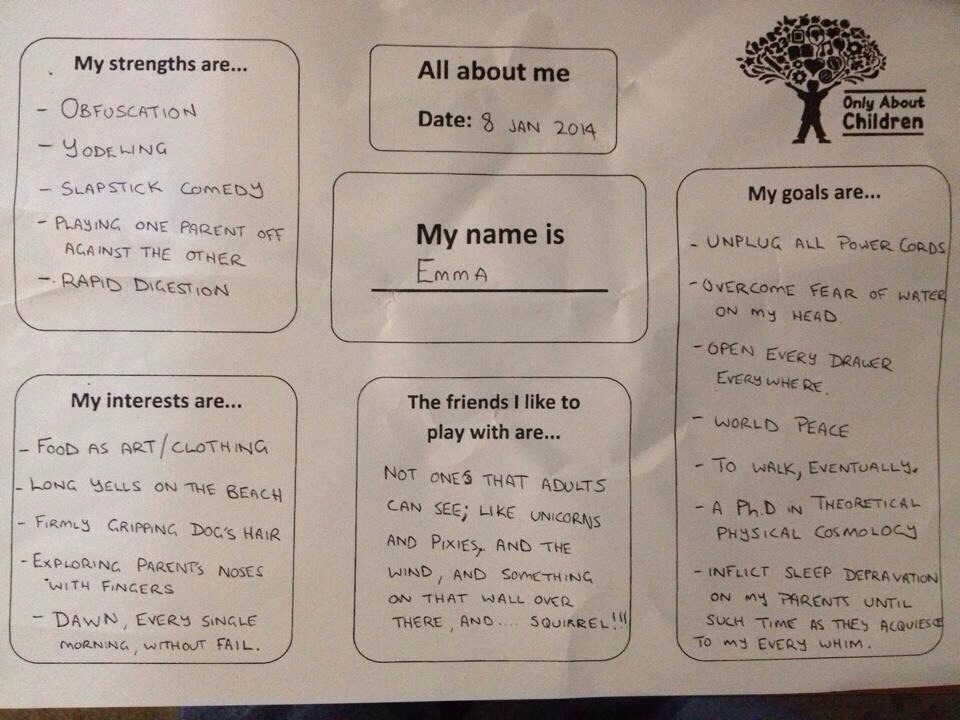 Mamasimx About Me
Don’t forget to enjoy your day.

If you enjoyed this post you will also enjoy:Ditching The Rules In The School Playground – Would You Agree?The Handiest Baby Bath Time Tip!

It is so lovely to be able to have a house with PINK things in it. Things that sparkle and glitter and are shiny and pretty. As 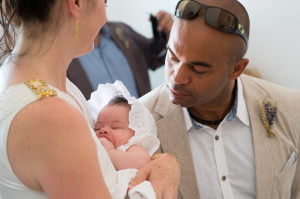 regular readers will know, after 7YearOld and LittleBoy we now have BabyGirl. It is a whole new wonderful pink world for me.

I know an awful lot about Thomas The Tank Engine and Fireman Sam and Playmobil and Lego Starwars. And I know way too much about Mike the Knight and Andy’s Dinosaur Adventures.

Now I look forward to being able to name all the Disney princess and their love interests. Someone else with this very skill (but perhaps not the same enjoyment?) is Dad Kip Tribble. Here is his very amusing post on how to be a Man in a world full of little girls…

What You Learn Raising Daughters

I think it’s time I step out from the protective shieId of MadeMan and admit my deep dark secret. I have three daughters. Three young daughters that will one day all be enrolled in the same high school at the same time. And while I am not too deep a believer in karma, I am starting to fear what I will reap from all these stories I pen about ways to hook up with chicks and how to lie your way through life. Clearly, I am screwed to the tenth power and should have thought this through a little more.
And as my ladies grow up, I’m sure I’ll learn many more things from them along the way — like knock before ever entering a door in my own house, or how to purchase tampons while still keeping a shred of my dignity (clue: drive to another city and wear a disguise) — but for now, I feel like it’s time to share what I have learned from raising my daughters so far. Here’s hoping karma will cut me a little slack.

Everything About Disney Princesses

Anyone out there know the definition of osmosis? I do. A subtle or gradual absorption or mingling. And if you need a definition for that definition, it also means a person can learn and pick up new things by absorption or being around someone un-Forrest Gump-esque. This is what has happened to me. I know way to much about Mulan and her quest to save her dad. I know all the words to “A Whole New World” and I hate myself for it. I can name the love interest in Sleeping Beauty. It’s Prince Phillip. Yeah, as someone who claims to be a man, I admit that’s just wrong. And I could go on-and-on about my wealth of Disney Princess knowledge I’ve gained from osmosis. I actually don’t think I’ve ever watched one of these movies in its entirety. All this knowledge has seeped into me over the years from continuous play in the DVD player while I am forced to keep track of the football scores on the computer. A computer that has a Beauty and the Beast screen saver. Well, used to. Now it’s Ariel. She’s from The Little Mermaid, by the way and fell in love with Eric…[sigh].

We all know kid’s can say the darnest things, but girls seem to be more inquisitive than boys. I say this because I also grew up with brothers much younger than myself and well, they’re idiots, so that doesn’t make me an authority on the subject, I guess. But I have been put in many an awkward position — as if trying to be a good parent isn’t awkward enough — when one of my girls somehow sees an infant boy getting his diaper changed and proceeds to yell out questions about his odd “front butt.” Luckily, this has only happened in public places like the mall or Outback Steakhouse. For my part, I have held it together, covered their mouths and explained that it wasn’t what the thought they saw, but an optical illusion. Then I distracted them by by pulling the fire alarm. And now that I think about it, boys do have weird front butts.

How to Fix Pony Tails and Hair Bows

You know how a scene from an action movie will have Bruce Willis or Sly Stallone rigging something out of gun strap or his shirt with all those fancy knots and look all badass while doing it? Yeah. Nothing like how I look…. To read the rest of the post please click through to Kipp’s here.

If you enjoyed this post you will also enjoy:

The Best Advice For Giving Birth You Will Ever Receive

I love reading it from the Daddy. 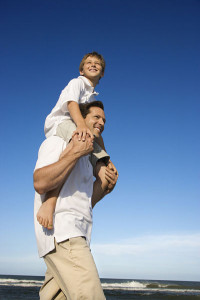 10 Things I Learned (Or Unlearned) When I Had Kids

My first son never slept in our bed with us, but for the first six months of his life I would wake up nearly every night, yanking all the sheets up, having dreamt that somehow he was stuck and suffocating under the covers. Those traumatic nights are past, only to be replaced by uninvited visitors making their way into the room whenever the urge strikes them. Nudge. “Daddy, get up!” Groan.

2) They come with their bags already packed.

I used to think that “nature versus nurture” was pretty evenly split, and that we really could shape our kids, impact them, make all the difference. But now I know better: It’s 80/20 (against, by the way), and all we can hope to do is keep them from going to the dark side.

3) The cute factor never wears off.

It just doesn’t. Surprisingly. I remember being a single guy and looking at some adorable kids and thinking to myself, “Yeah, that whole ‘cute thing’ is nice – for a few minutes – but it must wear off pretty quickly.” Nope. Never gets old.

4) Velcro sneakers are the solution.

To read the rest click through to Dana’s site here…

If you enjoyed this post you will also enjoy:
How To Stop Baby Crying And Fussing When Dressing Them
Here Is Something You Don’t Hear Every Day From Your 6 Year Old…!

The ‘could’ in the title of this post deserves a monument itself!  My belief is of course Dads are just as hardwired for parenting.  I only have to look at my own husband’s behaviour, emotions and sensitivity since becoming a father.

The following post from Heather Turgoen explores some of the scientific studies that are proving that of course they are.

How men change when they have a new baby

I’m not someone who usually cries in movies, but since having my son, I’m a big baby. A touching family moment, a shot of a proud parent in the audience of So You Think You Can Dance – forget it. I’m more empathetic now that I’m a mom, and every parenting book tells me it’s because my brain is programmed to light up at my son’s distress, oxytocin, triggering my maternal caretaking behaviors, and so on. Thanks to nature’s plan to keep me dialed into my child’s needs, I’m wired differently now.

But my husband has changed too. On the one hand, he’s a bit more sensitive, tearing up like me at things that before would have prompted only a sarcastic comment. And in a strange parallel, he’s also more protective. He puts his hand on other people’s shoulders to make sure they get across the street safely. He daydreams about hypothetical escape routes from Los Angeles in case of a nuclear attack or zombie invasion (he watches a lot of sci-fi). He sneaks into our son’s room every night by the light of his cell phone and hovers his face in the crib watching him sleep. He’s a dad, and it has changed his brain.

The biology of fatherhood doesn’t get much play – dad manuals and parenting advice usually focus on how a man can support his partner and take care of her, so she can in turn take care of the baby. But it’s becoming increasingly clear that being a dad (and even preparing to be a dad) programs men differently, down to the level of brain cells and hormones.

It’s easier to test male brains in non-humans, so when scientists are studying the chemistry of fatherhood, they use animals that mirror our human tendency to form pair bonds and co-parent. The male marmoset monkey, for example, is predisposed to nurture, and his top priority is to clean, hold and carry the young on his back – picture a human dad washing the dishes while wearing a Bjorn.

When scientists look at the brains of these primates, they find that after mom gives birth, the dads actually grow more neuron connections in certain areas of the brain’s prefrontal cortex – regions involved in caretaking and bonding. After becoming fathers, they have more receptors for the chemical vasopressin, which is related to nurturing and attachment.

These dads also gain a significant amount of weight while mom is pregnant (the phenomenon translates to humans, say my dad friends). Not only that, male hormones change while mom is pregnant. Prolactin levels go up in the male marmoset and cotton-top monkeys during pregnancy. And after childbirth, human dads have a drop in cortisol and testosterone (which scientists think makes them less likely to fight and more likely to devote energy to caretaking).

And as Dad is changing, want to guess who else is being affected? Last month, a Scientific American article highlighted research that suggests babies change when dad is around. In a similarly domestic mammal with highly involved dads – the Deju rat – a baby’s brain needs the father around to grow normally. Without him, fewer connections are made between neurons in two crucial brain regions: the somatosensory cortex (which responds to touch) and the orbitofrontal cortex (a center of emotion and decision-making). It’s intriguing to think about the unique role of a dad, but we can’t be quick to translate this to humans and suggest that babies need dads to be healthy. Rats have smaller and more concrete brains that are programmed to attach immediately, whereas human babies are much more flexible and sophisticated – forming bonds with their caretakers (male or female) over the first years of life.

The research, however, is strong enough for us to assume that, in humans as in rats, dads and babies change each other. We tend to see characteristically maternal behaviors as the gold standard for attachment, but dads can have just as strong a drive to attach (for example, a recent study found that oxytocin levels rise equally in new moms and dads), even if the result looks different on the outside – moms’ soft cuddles and high-pitched “motherese” voices vs. dads’ physical play and a tendency to show objects to the baby.

But these are all attachment behaviors, and they all reveal a deeper biological drive to bond, teach, and care for our kids. My husband says that as a father he sees the world through a new lens – it’s part of his identity and he almost can’t remember what life was like before. Becoming a parent changes both mom and dad at the core.

What are your thoughts?