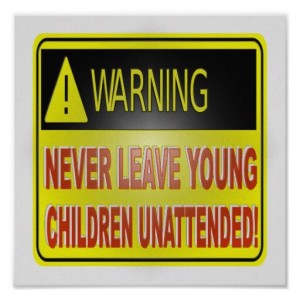 Today I placed a sticker on the car seat of my 8 month old daughter that could help save her life.

The identification sticker detailed not only her name and date of birth, but also contact details for my husband and  I.

The motivation for this was reading about the CHAD (Child Has An Identity) program that orginates in the States.  The program was begun after emergency services at the scene of a car accident could not identify the toddler in the car seat.  The driver, the babysitter, had been killed.  It was only because a hospital emergency room employee recognised the baby, that the parents could be notified.

It is a fear of every parent.  How would your children be cared for if, god forbid, you were not able to?

I think this is a terrific idea, especially for those children that my have medical conditions that should be communicated in time of emergency.

Public Health England (PHE) and NHS England have temporarily advised against the home use of birthing pools with built-in heaters and recirculation pumps, potentially filled up to 2 weeks in advance of the birth. This follows a single case of Legionnaires’ disease identified in a baby born in this specific type of birthing pool at home. The baby is currently receiving intensive care treatment in hospital.

Samples taken from the heated birthing pool used have confirmed the presence of legionella bacteria, which cause Legionnaires’ disease. Tests are ongoing to establish if it is the same strain which infected the baby. This is the first reported case of Legionnaires’ disease linked to a birthing pool in England, although there have been 2 cases reported internationally some years ago.

NHS England has today issued a Patient Safety Alert rapidly notifying the healthcare system – and specifically midwives – to the possible risks associated with the use of these heated birthing pools at home. The alert recommends that heated birthing pools, filled in advance of labour and where the temperature is maintained by use of a heater and pump, are not used for labour or birth. In the meantime, a full risk assessment into their use is being carried out.

The majority of birthing pools used at home are filled from domestic hot water systems at the time of labour – these birthing pools do not pose the same risk and are excluded from this alert. There are no concerns about these types of pools as long as pumps are used solely to empty the pool and not for recirculation of warm water.

This is an extremely unusual situation, which we are taking very seriously. As a precaution, we advise that heated birthing pools, filled in advance of labour and where the temperature is then maintained by use of a heater and pump, are not used in the home setting, while we investigate further and until definitive advice on disinfection and safety is available.

We do not have concerns about purchased or hired pools that are filled from domestic hot water supplies at the onset of labour, provided that any pumps are used solely for pool emptying.

Louise Silverton, director for midwifery at the Royal College of Midwives, said:

Women planning birth at home using a traditional pool that is filled when the woman is in labour or using a fixed pool in an NHS unit are not affected by this alert and should not be concerned. Birthing pools in hospitals are subject to stringent infection control procedures and monitoring. Home birthing pools filled during labour come with disposable liners and are only in place for a relatively short time period, reducing opportunity for bacterial growth.

Any women with concerns about using home birthing pools should contact their midwife or local maternity unit.

Legionnaires’ disease is extremely rare in childhood, with only 1 case in children aged 0 to 9 years reported in England between 1990 to 2011.The infection does not spread from person-to-person – people become infected with the bacteria through inhalation of contaminated water droplets.

View the patient safety alert on Legionella and heated, birthing pools filled in advance of labour in home settings.

25 Ways To Show Your Children You Love Them

It’s so important to be aware. 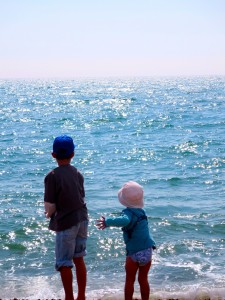 The weekend of May 17, writer Lindsay Kujawa and her toddler son Ronin were at a family pool party. Kujawa sat at the edge of the pool while Ronin played on the top step of the spa, and for five seconds she shifted her position to say something to a relative. Suddenly, she noticed Ronin wasn’t on the step and was instead being whirled around by the jets in the whirlpool, frantically trying to get his head above water. She pulled him out immediately and other than him coughing and being very upset, he seemed totally fine after a few minutes and they went on with the rest of the party.

When they got home later on that day, Kujawa noticed that Ronin was acting a little odd—he seemed extremely tired and had a weird cough. To be on the safe side, she put a call into his pediatrician, and was surprised to get an immediate call back. The usually calm pediatrician was emphatic that they go to the ER immediately, because she thought Ronin may have been experiencing secondary drowning.

At this point, Ronin was almost unresponsive.

Would you agree to the a no-rules playground in your child’s school?  I wonder if your answer might be different after you have read this article. 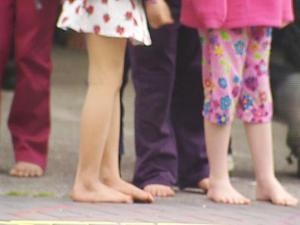 Ripping up the playground rulebook is having incredible effects on children at an Auckland school.

Chaos may reign at Swanson Primary School with children climbing trees, riding skateboards and playing bullrush during playtime, but surprisingly the students don’t cause bedlam, the principal says.

The school is actually seeing a drop in bullying, serious injuries and vandalism, while concentration levels in class are increasing.

Principal Bruce McLachlan rid the school of playtime rules as part of a successful university experiment.

“We want kids to be safe and to look after them, but we end up wrapping them in cotton wool when in fact they should be able to fall over.”

Letting children test themselves on a scooter during playtime could make them more aware of the dangers when getting behind the wheel of a car in high school, he said.

“When you look at our playground it looks chaotic. From an adult’s perspective, it looks like kids might get hurt, but they don’t.”

Swanson School signed up to the study by AUT and Otago University just over two years ago, with the aim of encouraging active play.

However, the school took the experiment a step further by abandoning the rules completely, much to the horror of some teachers at the time, he said.

When the university study wrapped up at the end of last year the school and researchers were amazed by the results.

Mudslides, skateboarding, bullrush and tree climbing kept the children so occupied the school no longer needed a timeout area or as many teachers on patrol.

Instead of a playground, children used their imagination to play in a “loose parts pit” which contained junk such as wood, tyres and an old fire hose.

“The kids were motivated, busy and engaged. In my experience, the time children get into trouble is when they are not busy, motivated and engaged. It’s during that time they bully other kids, graffiti or wreck things around the school.”

Parents were happy too because their children were happy, he said.

But this wasn’t a playtime revolution, it was just a return to the days before health and safety policies came to rule.

AUT professor of public health Grant Schofield, who worked on the research project, said there are too many rules in modern playgrounds.

“The great paradox of cotton-woolling children is it’s more dangerous in the long-run.”

Society’s obsession with protecting children ignores the benefits of risk-taking, he said.

Children develop the frontal lobe of their brain when taking risks, meaning they work out consequences. “You can’t teach them that. They have to learn risk on their own terms. It doesn’t develop by watching TV, they have to get out there.”

The research project morphed into something bigger when plans to upgrade playgrounds were stopped due to over-zealous safety regulations and costly play equipment.

“There was so many ridiculous health and safety regulations and the kids thought the static structures of playgrounds were boring.”

When researchers – inspired by their own risk-taking childhoods – decided to give children the freedom to create their own play, principals shook their heads but eventually four Dunedin schools and four West Auckland schools agreed to take on the challenge, including Swanson Primary School.

It was expected the children would be more active, but researchers were amazed by all the behavioural pay-offs. The final results of the study will be collated this year.

Schofield urged other schools to embrace risk-taking. “It’s a no brainer. As far as implementation, it’s a zero-cost game in most cases. All you are doing is abandoning rules,” he said.

Ditching The Rules In The School Playground – Would You Agree?  – The original article appeared here. 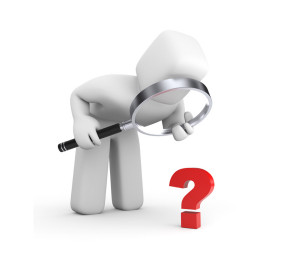 Am I being too, I don’t know, cautious? Yesterday while doing the school run I noticed a Mum who was using one of those retractable dog leads as ‘reins’ for her toddler.

The fact that it was a dog lead for a child made me feel slightly uncomfortable to start with.  But then the toddler kept getting tangled up in the long lead it was allowed and I could just see the dangers of the child getting strangled!

The long lead also meant that she was not close enough to assist when needed.

I think it was just wrong.

Am I being to sensitive?

Should I have said something to the Mother?