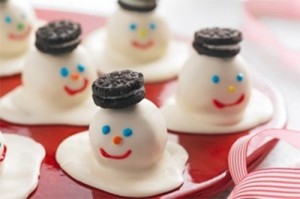 Melting Snowman treats – how cute are they!  Recipe here. 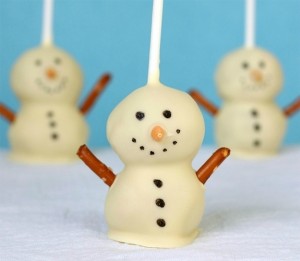 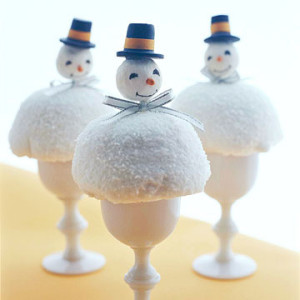 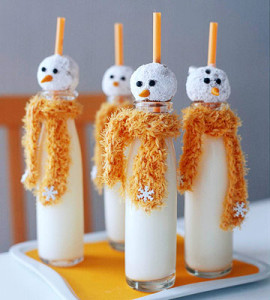 Frosty glass of milk snowman.  How cool is that?  Recipe here. 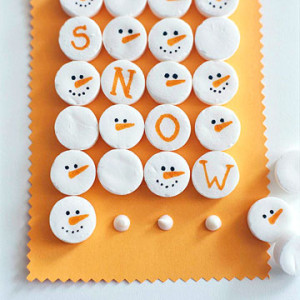 Something a little different…… Recipe here. 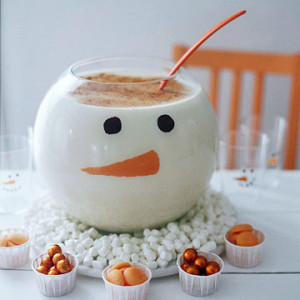 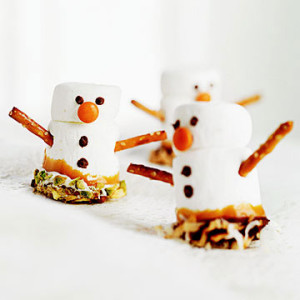 What’s not to like with marshmallow snowmen!  Recipe here. 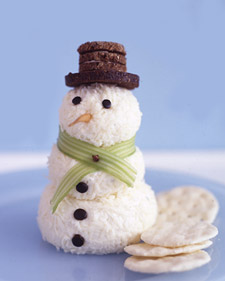 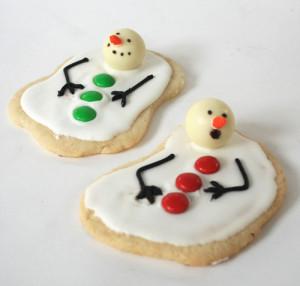 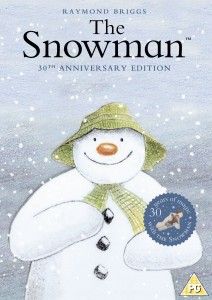 Ok, not edible.  But after the mayhem of the kitchen fun you will need to relax with your little ones.  and what better way than with this classic tale?  Buy at Amazon here. 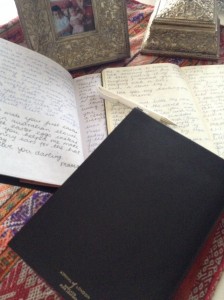 When my first born arrived I had the requisite baby book to hand and dutifully filled in the date of first smile, the date of first tooth and so on and was very excited to do so.  As he got a little older though, I would relate the funny stories of his doings each night to my husband.  I remember thinking that I should write these down in a book as I will never remember them when he gets older.

So that’s what I did.  Now that I have three children I also have three such diaries.  When they reach a suitable milestone age I will present them with a lovely diary full of stories of their growing years…

My other motivation is a little morbid perhaps.  What if something happens to me and I’m not around to tell them everyday I love them?  So my diaries could fulfil this heartfelt duty as well.  They will read in my own words and in my own handwriting how much I love them, how much they mean to me and all those moments I really treasured.

Another wonderful idea is to ask my children’s teachers to write a little something for them in the diary each year.  I’m going to start doing this.  Even though my eldest in now almost 7, he is still young enough for the comments to start with  ‘oh he is such a sweet, lovely boy!’

Do you keep a record for your kids to have when they are grown?

Luke: Is the dark side stronger?
Yoda: No, no, no. Quicker, easier, more seductive.
Luke: But how am I to know the good side from the bad?
Yoda: You will know… when you are calm, at peace, passive.

When our second baby was born, my eldest had not longed turned four.  Used to being, for those four long years, the apple of our eye, numero uno and the sole recipient of all our love and affection, he did not at all take kindly to being replaced, as he saw it, by this crying intruder.

We had primed him, we believed, before baby arrived.  Explaining to him how Mummy was having a little brother or sister and how Mummy would be very busy with the baby for a while, but it doesn’t mean that we love you any less.  It’s just that tiny babies take a lot of looking after.

It became apparent very quickly that whatever priming we had done had gone in one ear and out the other.  What four year old can process how things may change at some point in the future?  This kind of reasoning/thinking doesn’t register on their radar at all.  They are four after all and we should not expect more from them than they are able to give.

Fortunately for me, my mother and father stayed with us for the first few weeks after the birth and the responsibility of childcare of eldest fell on their capable shoulders.  They bore the brunt of the anger, tears and naughty behaviour.  Where was Mummy? Why can’t she play with me?  Why are you taking me to nursery?  I don’t like the way you cook dinner.  Why can’t I see Mamma!  Why!

It would break my heart to hear him yelling and crying.  I understood he was desperately unhappy at the huge change in our household and just wanted me back for himself.  Real feelings of wretchedness and guilt would wash over me; unable as I was to always go to him as I nursed our new baby.  In the first few weeks, I can remember cuddling him between feeds in the middle of the night as he slept and missing him so much.  I can only imagine how he missed me.  This was so different from the blissful, bonding guilt free feelings experienced with him as a baby.

Sal Severe, in his book ‘How To Behave So Your Pre-Schooler Will Too’ (more on this book later) uses the following analogy to illustrate how your child feels when their new sibling comes along.  I think it sums up the situation beautifully.

“Imagine that your husband or wife sits you down one day and happily explains that as she/he loves you so much, and as you are so wonderful, they have decided to have another wife/husband.  A while passes and you forget all about this and then suddenly one day a younger, cuter husband/wife arrives and stays!  Everybody ‘ahhs’ and ‘coos’ over them, almost always ignoring you.  Can you imagine how hurt, rejected, confused and angry you would feel?  This is how your child feels when you bring the new baby home.”  The lesson from this – don’t underestimate how this change is going to effect your other children.

When my parents all too soon left, I was then the usual recipient of his bad behaviour and I admit that I did not always handle this in the way I should have.  I very quickly found that I spent most of my time yelling at him.  How quickly things had changed and how quickly we were all becoming miserable.

I new this could not continue, I did not want to spend my life yelling and my children certainly didn’t want to be yelled at.  There had to be a better way to deal with all of this.  So between feeds and late at night I did some research on the internet.  After looking at several books, I purchased ‘How to behave so your preschooler will, too!’ by Sal Severe, Ph.D.  I knew that it was the way I was handling the situation that had to change, and this book appeared to address this concern.  I am so glad I purchased this book.  It addressed this concern and so much more.

The books stresses, that as parents, we must learn to control our anger if we want our children to be able to handle theirs.  With so much of parenting we all to often fall into the trap of ‘do as I say, not as I do’.  Children learn by example, and by allowing yourself to become angry and yelling, you are telling your children that it is ok to become angry and yell themselves.

I have found controlling my anger to be especially difficult when I am under the strain of lack of sleep and it is easy to forget that I must lead by example.  I am constantly reminded of the scene in ‘The Empire Strikes Back’ where Luke asks Yoda if the dark side of the force is stronger.  No Yoda replies, it is quicker, easier and more seductive.

And this is why we yell at our children, because it is often quicker to get results and it is easier than exerting our will, taking a deep breath and using more desirable techniques of behavioural control.  Yes, and yelling is very seductive because it makes us feel better by releasing all that tension and frustration that has built up inside us.

But like the dark side of the force, yelling is wrong.  It’s the wrong way to behave toward our kids.  It’s only by remaining calm, at peace, being passive that we can choose the right path.  Listen to Yoda.

May the force be with you.